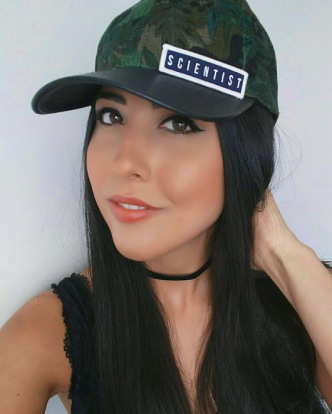 “[…]It’s not surprising people are not used to the idea of young women (including those who like to wear a bit of mascara) being scientists: scientists are usually portrayed in pop culture as super geeky white guys.”

I recently met Samantha Yammine through Instagram which she uses to engage her following with science and the ‘superwomen’ who do it. I came across it because she featured a female scientist on her social media who turned out to be a friend of mine, so I followed her to read about all the other amazing women she highlights. We connected afterwards and have been fan-girling each other ever since! She is a PhD candidate with Dr. Derek van der Kooy’s lab in the Department of Molecular Genetics at the University of Toronto.

We ended up meeting and had a great conversation about what it’s like being a woman in STEM (science, technology, engineering and mathematics) fields, the unique challenges we face, and how to encourage more young women to enter and stay in those fields.

Representation matters. Having more role models for young women to look up to as well as having enough women in senior positions is crucial to make STEM fields more attractive to young women and change the associated existing stereotypes.

“[…]women still do have to face the fact that they may become pregnant at the most critical times in their careers. Of course this makes things difficult, but as soon as you meet one woman who has been through it successfully, then you realize it’s doable. Without role models, I think a lot of women fear they can’t have the life they always dreamed of. I also think academia can be a bit of a boy’s club.” 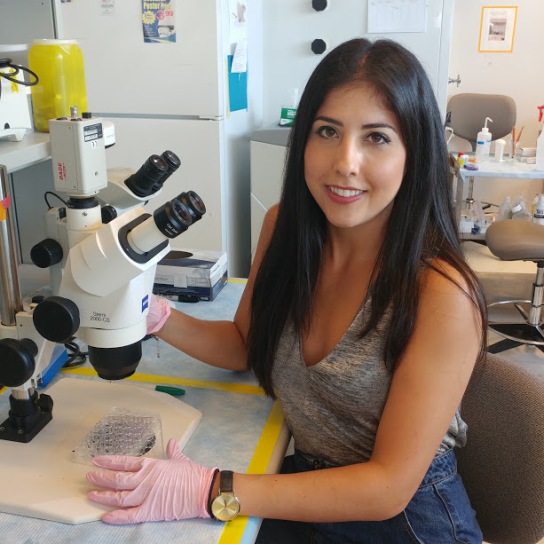 Our society tells women that they don’t belong in STEM fields. From a young age, we are socialized with regard to what it means to be a man or a woman, how to behave, how to dress, and all the conformist ideas that go along with outdated traditions, which always seem to lag behind an ever-changing, always evolving reality. There are numerous highly gendered stereotypes that dissuade women from entering or remaining in these fields, while at the same time, encouraging young boys with the highly regarded stature of being a ‘scientist’. A study found that 53% of women in STEM fields reported backlash for displaying “masculine” traits, such as being ‘too assertive’ in meetings.

“My parents always told my sister and I that we could do anything we wanted and that we shouldn’t listen to anyone who ever told us otherwise. For that reason I’ve always been quite assertive, and I find that not everyone responds well to that. I think people find me intimidating, and I used to respond to that by downplaying my accomplishments and minimizing myself (Chimamanda knows wassup). The problem is that when we do this, we give the impression that we are not capable, and this can limit our opportunities and perpetuates stereotypes. For these reasons, I’ve stopped being shy to talk about my successes and while some might think that’s self-centred, I think it’s important to overcompensate a bit to change people’s expectations and prejudices.”

Brain cells made in a dish from mouse brain stem cells. Neurons (white), astrocytes (peach) and their nuclei (blue). The green cells represent a clone of closely related cells, so I can study lineage relationships of cells downstream stem cells. – Samantha Yammine

Samantha’s journey to becoming a scientist started at a young age. It was a career she always knew she wanted. Her fascination with human behaviour led to her interest in neuroscience, gaining as much research experience as she could throughout her undergraduate career, from working in a lab studying adolescent ADHD and learning disabilities to studying neurodegenerative diseases like Alzheimer’s disease. She then shifted her interest from brain degeneration to the opposite: brain regeneration. As a result of this new interest, she joined Dr. Derek van der Kooy’s lab, “filled with world-renowned scientists studying incredibly diverse fields of research” to study neural stem cells.

“There is also a lot of promise that stem cells will help us recover brains (and other organs) in cases of injury or disease, but before we can use stem cells for good we have to make sure we fully understand how they work. Stem cells are defined by being really good at multiplying and guess what, that’s exactly what a cancer cell loves to do. We have to be careful to understand stem cells really well before we try to harness them…”

It’s important for all women to push the limits of what society tells us we are allowed to be. We have to challenge the stereotypes of a scientist, just as much as we do for a journalist or stay at home mom. Inspiring other women to believe they can do or be whatever they want is crucial. Many women experience the imposter syndrome, which is common for high-achieving women. We also need to look within ourselves as well because there are so many unconscious biases that we, as women, have against other women. It’s past due that we have enough representation in these fields to celebrate incredible women and oppose those who put them down.