Can Citizen Science be Unethical?

What is citizen science? Citizen science has many definitions, but simply put, it is the collection of data to aid in research collaborations between scientists and volunteers (citizen scientists) to increase opportunities for scientific data collection, access to information, and awareness.

I recently read a blog post by Ecology Bits about whether citizen science is ethical. I was just as surprised as the author, Margaret Kosmala, because it never occurred to me that citizen science projects could be unethical.

A great example is a bioblitz. A bioblitz is an educational event that brings together scientists and members of the community to inventory as many species as possible in a given area for a given amount of time. Think of Christmas bird counts! These events help people get a sense of the biodiversity in their own backyard while learning how to identify local animals, plants, and fungi. The benefits of bioblitzes are wide-ranging.

The National Park Service and National Geographic conducted over 120 bioblitz in the United States last year, and concluded in a study that scientists and experts enjoyed networking with other scientists and having the opportunity to interact and discuss their research with the public. Members of the community indicated that they enjoyed contributing to the scientific process, learning, and engaging in hands-on activities, using tools like bug nets and binoculars. I have always been a supporter of citizen science as it improves social inclusion and engagement with the scientific community and promotes scientific literacy. Science communication (SciComm) is more important now than probably ever before, so compelling SciComm requires the publics trust and understanding.

I do not believe that the potential for unpaid volunteers conducting citizen science could be exploitative or reduce job opportunities for undergraduate and graduate students. Though, there was a valid concern in the comment field regarding giving appropriate credit for discoveries. I found this to be very interesting as citizen science is still an emerging field and thus still needs to work out its kinks. If there aren’t clear directions on how credit is given when new or rare discoveries are found, then issues can arise. 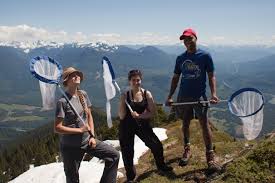 In the same study conducted by The National Park Service and National Geographic, they noted that scientists had concerns about the quality of the data collected and thus a staggering 70% indicated they did not plan to use the data collected through the bioblitz. This is a big problem. There needs to be clear deliverables and quality training for volunteers beforehand to ensure that the data is useable. Unless the intent of the event is solely awareness and engagement, then the volunteers efforts should not be wasted.

← Banding together to protect birds
Pushing Past the Imposter Syndrome →

One thought on “Can Citizen Science be Unethical?”