The ocean is one very large body of water. There is only one ocean, given different names to divide up its parts. This is especially important when considering our coastlines. What we do on our coasts has a global impact on the entire ocean. As humans, we leave tracks wherever we go – whether in the dirt on a trail or on a boat in the ocean. Today is World Oceans Day. Let’s celebrate by learning a few quick facts about that big, blue puddle and the organisms that live in it.

Bluebanded gobies (Lythrypnus dalli) can change sex as often as they want. Found in the Eastern Pacific and off the coast of California, gobies are highly social and live in large groups led by a dominant male. If the male dies, the largest female can change sex and become the dominant male. Conversely, if there is a group of males with no female, the males can revert back to females.

Sharks kill roughly 6-10 people each year, whereas, humans kill between 20-100 million sharks each year through fishing activities.Sharks are at or near the top of the marine food chain and thus regulate the populations of species below them. The considerable reduction in shark populations has cascading effects on the ocean ecosystem. 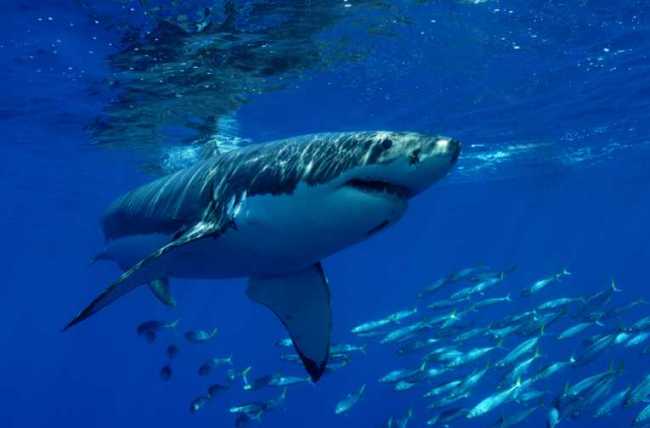 Microbial life in a sample of seawater, Craig Venter

Scientists still don’t know a lot about the sleeping patterns of whales, but it was found that whales sleep with one brain hemisphere at a time, allowing them to continue coming to the surface to breathe. This is called unihemispheric slow-wave sleep.
So, technically whales and dolphins are never completely unconscious.