When you think of the ocean, you probably immediately conjure an image of a sandy beaches, warm salt water, sunshine, coral reefs, or diverse marine life. But our oceans’ health is declining at an alarming rate and the beautiful, mysterious, and magnificent bodies of water we regularly take advantage of are beginning to show more and more pronounced symptoms of destabilization.

And while there are many things that need to be done to correct this issue, the first step to finding an effective solution is to address the problems at hand. Therefore, organizations such as the Ocean Health Index, marine researchers, and scientists have begun identifying some of the major challenges to the current state of the oceans.

1. Overfishing
According to the Food and Agriculture Organization (FAO), it is estimated that over 70% of the world’s fish species are either fully depleted or over exploited. The fish industry has grown significantly and is an established livelihood for many around the world. However, this rise in popularity is not only threatening the species of fish being caught and sold, but entire ecosystems that those fish are a part of. In taking away a source of food, or a predator for other species of fish or aquatic life, entire ecosystems are being threatened. 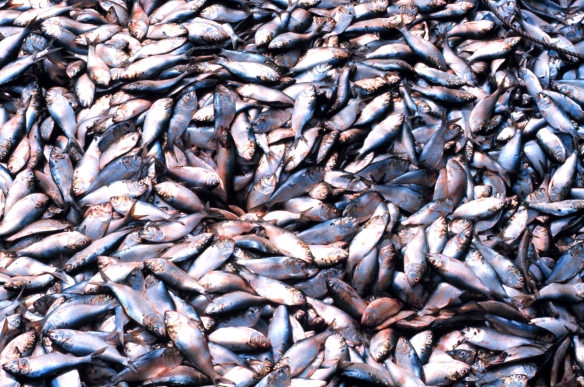 2. Pollution
By 2050 there will be more plastic in our oceans than fish. And it is currently estimated that every square mile of ocean contains around 46,000 pieces of floating plastic. This is not even including the environmental impacts from oil spills, industrial agriculture and pesticide runoff, and man-made sewage. The destruction of marine ecosystems is only being enhanced by land-based pollution, contributing to several problems including contamination, algae blooms, and massive islands of trash, such as the Great Pacific Garbage Patch, which is now two times the size of Texas.

3. Habitat Destruction
Pollution is only one adversary in the destruction of marine habitats. Others include bottom-trawling (or deep-sea trawling), overfishing, mangrove deforestation, coral mining, fish farming, and shipping. Many of these problems could be mitigated through adequate management and protection.

4. Climate Change
Oceans have an increased temperature of 0.7ºC since pre-industrial times. While this may not seem concerning, it has already contributed to problems such as coral bleaching, rising sea levels, increased tropical storms, and impacted marine life. As ocean climates continue to increase in temperature, these problems will intensify, affecting more and more marine and coastal ecosystems. 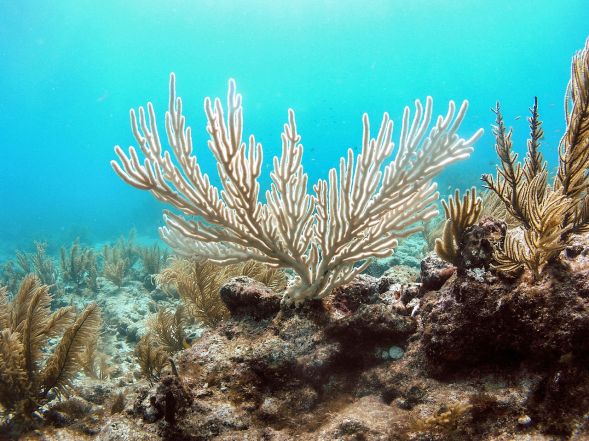 5. Acidification
Ocean acidification occurs when oceans absorb too much atmospheric carbon dioxide. This limits the amount of oxygen in oceans, making it harder for some marine animals to breathe and decreasing others’ ability to build calcium carbonate shells. Ocean acidification is also the leading cause in coral reef destruction.

There are many things that can be done to mitigate these challenges both on the ground and in the sea. Some of the major changes necessary to prevent further destruction include sustainable fishing practices, emissions reduction, promotion of alternative energy, organic agriculture, and adequate Marine Protected Areas.

While all of these need to be acted upon on a global scale, there are also things you can do personally, such as sourcing the food you eat, properly recycling, and choosing more sustainable products that decrease your impact on the environment.

David Evans is the founder of prch, a resource for eco-minded consumers. He is a minimalist, environmentalist, and conscious consumer with a background in environmental studies, conservation, and tech. Learn to improve your environmental and social impact @theprch.

← Science Communication: So many species, so many ways to study them
Batgirl, Cylita Guy, talks science and education →